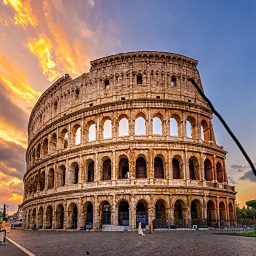 Rome is in the Lazio region of central Italy on the Tiber River. Modern Rome is also crossed by another river, the Aniene, which flows into the Tiber north of the historic centre.Although the city centre is about 24 km (15 mi) inland from the Tyrrhenian Sea, the city territory extends to the shore, where the south-western district of Ostia is located. The altitude of the central part of Rome ranges from 13 m (43 ft) above sea level (at the base of the Pantheon) to 139 m (456 ft) above sea level (the peak of Monte Mario) The Comune of Rome covers an overall area of about 1,285 km2 (496 sq mi), including many green areas.

The city's urban area is cut in two by its ring-road, the Grande Raccordo Anulare ("GRA"), finished in 1962, which circles the city centre at a distance of about 10 km (6 mi). Although when the ring was completed most parts of the inhabited area lay inside it (one of the few exceptions was the former village of Ostia, which lies along the Tyrrhenian coast), in the meantime quarters have been built which extend up to 20 km (12 mi) beyond it.

The comune covers an area roughly three times the total area within the Raccordo and is comparable in area to the entire metropolitan cities of Milan and Naples, and to an area six times the size of the territory of these cities. It also includes considerable areas of abandoned marshland which is suitable neither for agriculture nor for urban development.

As a consequence, the density of the comune is not that high, its territory being divided between highly urbanised areas and areas designated as parks, nature reserves, and for agricultural use.

Rome has a Mediterranean climate with hot, dry summers and mild, humid winters.

December, January and February are the coldest months, with a daily mean temperature of approximately 8 °C (46 °F). Temperatures during these months generally vary between 10 and 15 °C (50 and 59 °F) during the day and between 3 and 5 °C (37 and 41 °F) at night, with colder or warmer spells occurring frequently. Snowfall is rare but not unheard of, with light snow or flurries occurring on some winters, generally without accumulation, and major snowfalls on a very rare occurrence (the most recent ones were in 2018, 2012 and 1986)

Transfer time by taxi from leonardo da vinci international airport to the CCIR is approximately 30 minutes.

Official opening hours of banks in Rome are generally from 08:30-14:00 Monday to Friday.

The power supply in Rome is 230 volts at a frequency of 50 MHz. All sockets follow European standards. To use American-type plugs, a 220-volt transformer should be used together with an adapter plug.

Taxis are reasonably priced and are run on a meter. Taxis can be found at clearly marked taxi ranks or you can call one. 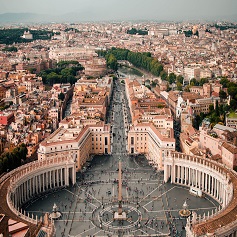 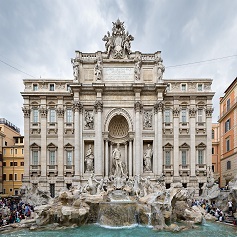 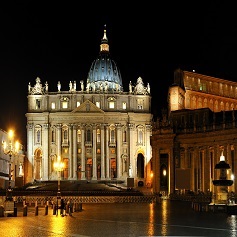